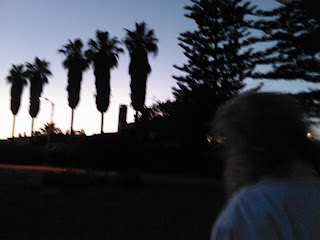 by David Graeber: a History, a Crisis, a Movement.
David Graeber, a leading light in the Occupy movement, is adept at explaining the problems, but not the solutions.

The case for the defence of the spirit of 2011 should be overwhelming. Groups of activists around the world came together, determinedly but also non-violently, not just to protest at the criminality of the banks and their backers, but also to put into practice another way. So why did it dissipate?
David Graeber was a leading light in the Occupy Wall Street movement. An activist, anarchist and anthropologist (note his useful alliteration), he writes vividly about his experiences. He captures the joys and fears of a movement that believed it was on the cusp of achieving something special. Beyond the default complaints of police brutality and media narrow-mindedness, he struggles, however, to explain why in the end so little was achieved.
His observations engender rage and smiles in equal measure. The tie that bound the activists in Zuccotti Park, night after night, was pizza. Local delivery firms thrived, as people from far and wide phoned in orders for pizza to go directly to the camp. A few months before this, activists occupying the statehouse in the midwestern state of Wisconsin were given sustenance by Egyptian labour unions paying (electronically) for pizzas for them.
A movement against globalisation was truly global. Apparently, the original Occupy Wall Street Twitter account was created and maintained by a transgender collective from Montreal. Meanwhile, one of the inspirations for the actions against the World Trade Organisation in Seattle in 1999 was a Gandhian farmers collective in Karnataka, India which, the author explains, "was best known for an action in 1995 when hundreds of farmers methodically dismantled a local Kentucky Fried Chicken franchise that they considered the first wave of an invasion of cheap bio-engineered junk food about to destroy Indian agriculture". The KFC protest begat the McDonald's direct action in the US, France and elsewhere.
Graeber chronicles the injustice meted out on the people he met along the way. He talks of a young woman "of modest origins" who had worked her way to a PhD in Renaissance literature at an Ivy League college. In so doing, she incurred $80,000 in debt that she couldn't pay off. So she became an escort, servicing … yes, you guessed it, bankers: "The only way she could pay her loans was to work fulfilling the sexual fantasies of the very people who had loaned her the money, and whose banks her family's tax dollars had just bailed out."
Initially the mainstream media ignored Occupy. Then, as the movement gathered pace, with video and photographs uploaded from mobile phones, editors realised they couldn't ignore it. The response around the world included a public note of support from 50 Chinese intellectuals.
The reaction of the American right was predictable. The response of the liberal left was more confused (as it usually is when forced to confront difficult situations). After briefly embracing the movement, liberal media sought reasons to anticipate its decline. Graeber is not surprised in a country "where there is such a straitjacket on acceptable political discourse – what a politician or media pundit can say without being written off as a member of the lunatic fringe – that the views of very large segments of the American public simply are never voiced at all".
Add to that police violence, and the odds were hugely stacked against them. Graeber notes the authorities' use of petty harassment – power cut off, generators appropriated, mysterious construction projects starting up to drown out the noise. Describing the police as politicised and militarised, he cites several occasions of deliberate, and technically illegal, violence by the police against protesters. The intimidation of female campers was particularly strong.
Yet the weakness at the heart of The Democracy Project, both the book and the movement it reflects, is that while it may know what's wrong with the world, it seems to have little concrete grasp of how to put it right. The author discusses the disappointments that have accompanied President Obama's terms in office. The relationship between power, money and influence in Washington DC is as before. Obama's record on domestic civil liberties is no better than Bush's. Yet it is too easy to cavil. A glass a third or a fifth full is better than no glass at all, particularly when the alternative was Mitt Romney.
Graeber's unwillingness to set out credible economic and political alternatives is curious. He confines his analysis to process, arguing that many problems would be solved if the manner of political engagement changed. He goes to great length to explain how democracy by consensus or collective problem-solving work, describing this as "something vaguely like jury duty, except non-compulsory, with some way of screening obsessives, cranks and hollow-earthers, but nonetheless allowing an equal chance of participation in great decisions to all who actually do wish to participate".
I am not convinced by the attempts at a remedy, which is a shame, as I am convinced – as all reasonable-minded people should be – about the causes of the malaise.
John Kampfner is author of Freedom for Sale and Blair's Wars
Publicado por complaciencia en 6:48