CFP: Body Burdens, Biomonitoring, and Biocitizenship
ASEH conference
San Francisco, March 12-16, 2014
Since at least the publication of Silent Spring, scientists, policy-makers, and the general public has focused on pollution in the environment as the object of regulation and control, a source of fear and anxiety, and the subject of scientific testing. As technologies, analytical detection limits, and eco-populist, anti-toxic movements have developed over the decades, scrutiny has increasingly turned to the pollution in the body, captured by the notion of a “body burden:” the presence of industrial chemicals or radiation in the body. Body burdens become legible through practices of biomonitoring, and sometimes through claims of biocitizenship - through which life becomes the basis for making demands on the state (Murphy 2008, Petryna 2002).

This panel seeks to bring scholars into a conversation on the history of the concept of body burdens and the practices of biomonitoring. In particular, how has notion of a body burden challenged or remade older scientific, legal, and policy frameworks on pollution, encouraged new understandings of the porosities of bodies, and altered the everyday experience of toxic risk and ambiguity? Synthetic chemicals in bodies raise questions about the assumed boundaries between bodies and environments, between industrial and personal spaces, and between “matter out of place,” “matters of course” and “matters of concern” in an environment saturated with industrial processes. The concept of body burdens also raise questions about the relationship between exposure and harm, the nature of informed consent, and vulnerabilities within heterogenous populations. The practices of biomonitoring can enable the democratization of knowledge of environmental toxicity but also the individualization of risk - particularly in the absence of effective state regulation of industrial chemicals. Finally, given that all humans now carry some form of body burden, notions of health and safety premised on acute exposures are shifting to notions of chronic exposure, though this shift is occurring unevenly across stakeholder groups (Kai 1994).

We are seeking 10-15 minute presentations for the American Society for Environmental History conference in San Francisco, March 12-16th. 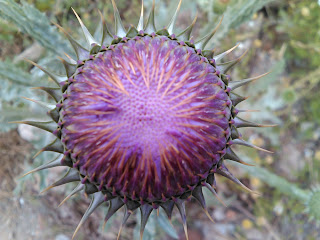