Interstitial: A Journal of Modern Culture and Events 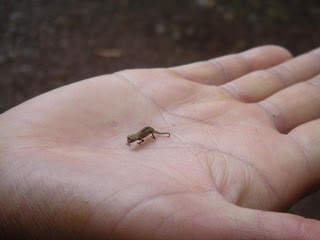 “The mark of our time is revulsion against imposed patterns.”
—Marshall McLuhan


Interstitial: A Journal of Modern Culture and EventsI is a peer-reviewed, open access, and post-disciplinary journal dedicated to exploring the myriad expressions, impacts, and genealogies of modernity. We draw no distinction between the merits of pop culture and high culture or minor happenings and seismic evental shifts, and we aim to pluralize fields of inquiry pertaining to questions of the contemporary, privileging no single perspective or site of analysis over any other. Our central question is: How is the event of, or are the events comprising, modernity unfolding for multiple forms of being, and what new forms of knowledge are being produced?
A primary goal of our journal is the democratization of the academic sphere. Emphasizing the “public” in public university, we seek to actively problematize outmoded intellectual hierarchies and rigid boundaries for scholarship. Our constant focus is on the quality, rather than the academic status, of the work we present. Situating ourselves within a post-pedagogical framework, we invite submissions on any topic related to modern culture or eventhood, broadly understood. We are especially interested in works that traverse multiple theoretical trajectories, including media archaeology, literary criticism, speculative philosophy, critical theory, cultural studies, posthumanism, new historicism, and political aesthetics, among others.
The journal will be published annually in an online edition, free of charge, and will also be made available in affordable print-on-demand and e-reader compatible editions. For further information, please contact the editors at editors@interstitialjournal.com.
http://interstitialjournal.com/


In the modern era, interstitiality, or the space between one boundary and the next, has become an urgent area of investigation. Existing within and between entities, interstices challenge conventional understandings of boundedness, inviting us to rethink the space between objects and ideas as an erupting site of transformation. From this view, rigid divisions can no longer be taken for granted, whether political (as in the case of national borders) or scholarly (such as the emphasis on discrete academic disciplines). Instead, theoretical scholarship must think through the continual creation, re-creation, and hybridity that govern the tempo of modern times, while accounting for the contingent impact of individual actors upon one another in the unfolding of modernity as an event.
For the inaugural edition of Interstitial: A Journal of Modern Culture and Events, authors are invited to submit essays (5,000 to 8,000 words) on the myriad manifestations of interstitiality birthed by modern events. Situated within a post-disciplinary academic framework, we invite submissions from any field, including political theory, philosophy, literary studies, law, sociology, and cultural studies. We are especially interested in works that traverse multiple theoretical trajectories, including media archaeology, literary criticism, speculative philosophy, critical theory, game and film studies, posthumanism, new historicism, post-colonialism, and political aesthetics, among others. Potential topics might include:
Interstitial Journal will also consider submissions on topics unrelated to interstitiality, but still within the orbit of modern culture and events. Additionally, we accept reviews (approximately 2,000 words) of recently published theoretical works. Queries about the relevance of a given topic or potential review are welcome. Deadline for submission of papers and reviews for our inaugural issue is December 31, 2012. All inquiries and submissions should be sent to the editors at editors@interstitialjournal.com.
Publicado por global strategic assessment en 6:57