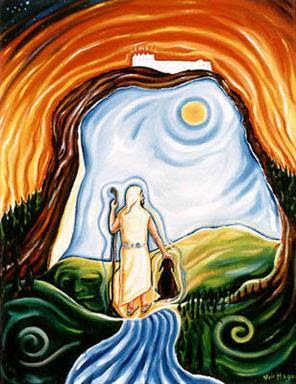 2) HACE UNA BUENA SÍNTESIS DE LAS DISCIPLINAS ENCARTADAS:
evolutionary theory;
human evolution (including early environments, ways of life, and social life)
paleoarchaeology (the archaeological and fossil evidence for
linguistic and musical capacity and their phylogenetic development);
anatomy of the brain and body (the ear and audition, the vocal tract
and vocalization; the location of musical abilities in the brain);
neurobiology of musical cognition and emotion (how listening and vocal
production develop and are computed; evidence of mental modules for
components of music as evinced in musical savants or in persons with
deficits caused by brain injury; how we recognize music, what we
recognize, and how it makes us feel; brain chemistry and neuroanatomy
of music and musical states);
origin and evolution of language (the similarities and differences
between music and language; gestural vs. oral theories of origin;
semantics, syntax, prosody);
music-like communication systems in other animals (including whales,
birds, and especially non-human primates) and arguments pro and con
their relevance to human communication;
developmental psychology of musical and linguistic behavior in infants
and young children;
ethnomusicology (the range of musical behavior in a variety of human
societies with differing ways of life; how music is conceptualized and
used in non-Western groups);
the art and practice of music itself.
Also relevant are findings from music therapy and psychology of music,
including the psychology of musical emotion.

3) PRINCIPALES PLANTEOS:
1)Coevolucion de musica y lenguaje
2) The second is a completely original hypothesis of the existence
among Neanderthals of a peculiar proto-music/language that was
holistic (not composed of segmented elements), manipulative
(influencing emotional states and hence behavior of oneself and
others), multimodal (using both sound and movement), musical
(temporally controlled, rhythmic, and melodic), and mimetic (utilizing
sound symbolism and gesture)—what Mithen aptly if cutely terms "the
'Hmmmmm' communication system" (172), "a prelinguistic musical mode of
thought and action" (p. 267).

5) PARECE ESTAR HABLANDO DE LOS PIRAHA (que no creo se atreva a nombrar):
Yet the challenging lives of Neanderthals—with their physically
difficult environment, large body size, and large but dependent
infants—required complex emotional communication and intergroup
cooperation. They developed a "music-like communication system that
was more complex and more sophisticated than that found in any of the
previous species of Homo" (p. 234), one that included iconic gestures,
dance, onomatopoeia, vocal imitation and sound synaesthesia.

6) LA MUSICA ES COMUNAL, and may even incorporate natural sounds:::
Mithen's hypothesis accounts for important aspects that are usually
excluded in the majority of discussions of music: he appreciates that
it typically includes bodily movement (toe-tapping, head-nodding,
hand-clapping, and dance) and that "music-making is first and foremost
a shared activity, not just in the modern Western world, but
throughout human cultures and history" (p. 205). Although he does not
describe musical behavior of Mbuti or Ba-Benjellé pygmies in Central
Africa or Kaluli villagers in the Southern Highlands of Papua New
Guinea, such small-scale societies amply illustrate the ubiquity (and
complexity) of communal singing during most daily activity—"woven
tapestries" (Meurant 1995) of sound that may even incorporate natural
sounds of the forest (Feld 2001).

7) NEURONAS ESPEJOOOOOOOOOOOO:
Especially welcome to communication and cognitive studies in general
is Mithen's emphasis on the importance of acquiring "emotional
intelligence"—the ability to communicate one's feelings with face,
voice, and body and to decode the emotional signals of others in
increasingly complex social interactions. Mithen proposes that "vocal
grooming" (Aiello and Dunbar 1993) would have been initially musical
more than verbal (pp. 135-36)..

8) MAS HONESTIDAD QUE EN PALABRAS, FELICIDADDDD:
Rather than emphasizing the Machiavellian competitive advantages of
comprehending the intentions and desires of others, Mithen points out
that the emotional content of musical vocalizations would have been
more 'honest' than words—contributing to social commitment and
expressing, inducing, and sharing emotion, especially happiness,
thereby promoting
selectively advantageous cooperative behavior.

9) SINCRONICIDAD, y "MEZCLA DE TONOS" (pitch-blending) GROUP SELECTION
Not cited by Mithen is a provocative supportive observation made by
Steven Brown (2000b, p. 297) that the two most salient features of
music, compared to any other form of vocal communication in nature,
are its use of temporal synchronization and pitch-blending. This leads
Brown to propose that these cognitive capacities may have evolved
specifically for coordination and emotional unification among
individuals in a group and thus may be adaptations specifically for
group selection.


10) MATE SELECTION BY FEMALES:
Mithen appreciates that musical behavior may have had more than one
adaptive function—and admits that, at least in Homo ergaster (a common
ancestor of both neanderthals and sapiens), "singing and dancing may
have provided both indicator and aesthetic traits for females when
choosing mates" (p. 187).

12) PROVOCAR, INFORMAR:
The book is a sizable, impressive achievement and I found it
thought-provoking and informative on every page.

13) LA MUSICALIDAD DE LAS NANAS:
Mithen pays more attention than most other evolutionary thinkers to
(and bases much of his hypothesis on) the musical qualities and
effects of "baby talk":adult speech directed at prelinguistic infants,
with its characteristic undulant "melodic" and dynamically varied
vocalizations, exaggerated facial expressions, and rhythmic head and
body movements. Although he considers infant-directed speech (IDS) to
be evolutionarily important, claiming that it provides evidence that
musicality has a developmental if not emotional priority over
language, he does not make as much as he could of the implications
that inhere in the close behavioral and emotional attunement and
exquisite temporal coordination that mother-infant interaction enables
(Miall and Dissanayake 2003; Nadel et al. 1999).

It is not farfetched to propose that the human capacity for temporal
synchronization to an external pulse—not known to exist in other
mammals or other primates— derived from a capacity that evolved in
ancestral mother-infant interactions and then developed further in
proto-music, whether in neanderthals or even earlier in H.
heidelbergensis.

16) DACUERDO CON LA MOSHASHA: ¡¡WHOLEHEARTLY!!
He suggests that the evolution of language has inhibited the musical
abilities that modern humans have inherited from the common ancestor
that we share with Neanderthals. Yet here I think he inadvertently
slips into the Westernized assumptions about music that he decries
elsewhere and reveals his own (relatively) weak spot—insufficient
acquaintance with the ethnomusicological literature. It is not spoken
language itself that overlays or stunts musical ability, but the
factors in modernized societies that have made music a
specialty—individuality, competitiveness, compartmentalization, and
institutionalization— reinforced by the high degree of literate (not
oral improvisatory) training required to read (and compose) musical
scores as well as literary texts. In small-scale pre-modern societies
(and in any large modern sub-Saharan African city, as well in children
anywhere who are customarily exposed to frequent communal musical
activity), everyone participates in music—regularly, spontaneously,
and wholeheartedly—and benefits thereby from the many adaptive
advantages Mithen recognizes and so expertly describes.