Gaya mind feels Gaia as a Untheory, where aren't nothing to ask

James Lovelock’s “Gaia hypothesis” has challenged conventional thinking about the nature of the earth as an integrated system. Gaia proposes that the earth acts like a living organism — that life is part of a self-regulating system, manipulating the physical and chemical environment to maintain the planet…

Ian Enting does not work for, consult to, own shares in or receive funding from any company or organisation that would benefit from this article, and has no relevant affiliations.

The University of Melbourne is a Founding Partner of The Conversation.

Our goal is to ensure the content is not compromised in any way. We therefore ask all authors to disclose any potential conflicts of interest before publication.

We license our articles under Creative Commons — attribution, no derivatives.

Click here to get a copy of this article to republish.

James Lovelock’s “Gaia hypothesis” has challenged conventional thinking about the nature of the earth as an integrated system. Gaia proposes that the earth acts like a living organism — that life is part of a self-regulating system, manipulating the physical and chemical environment to maintain the planet as a suitable home for life itself. Lovelock has developed this idea in a series of books, from “Gaia: A new look at life on earth” (1979) through to “Revenge of Gaia” (2006) and “The Vanishing Face of Gaia” (2009). He argues that as changes in the physical earth system occur, living systems respond so as to mitigate such changes.

How can a planet be alive?

In claiming that Gaia is “lifelike”, Lovelock notes the difficulty of defining life. He points out that a biological emphasis on (potential for) reproduction would, for example, exclude postmenopausal women. On the other hand, a physical emphasis on entropy reduction would include refrigerators. This leads Lovelock to emphasise physiological self-regulation as the defining characteristic of life-like systems – networks of interacting processes serve to regulate each other to preserve the functioning of the organism

In discussing the concept of Gaia, Lovelock now distinguishes:

But isn’t Gaia for hippies?

The name Gaia has been widely used as a metaphor, as well co-opted for a large amount of pseudo-scientific baggage. This does not invalidate any underlying science any more than the majority of physics is invalidated by similar appropriation of terms such as “relativity”, “crystals”, “force fields” etc.

After stripping away such baggage, one has to confront the question: is what Lovelock is saying science and mysticism? While Lovelock has used the term “geophysiology” to avoid some of the mystical associations, he notes that all that has been achieved is that the term geophysiology now carries the same suspicion as the name Gaia.

The confrontation between Gaian theory and “conventional” science is largely focused on a few key words: “Gaia is like aliving organism … whose goal is to maintain the planet in state fit for life”.

A powerful argument against the Gaia hypothesis is the assertion (such as that made by Richard Dawkins in The Extended Phenotype) that Gaia cannot arise from Darwinian evolution of life — the planet as a whole is not a unit of selection.

Dawkins can be answered by an anthropicargument (wherein observations of the physical universe must be compatible with the existence of the conscious life that observes it):

Personally, I find this sort of argument unsatisfying. However, similar arguments seem to be needed to “explain” the physical universe — it is a very precise combination of physical constants that allows the existence of atoms heavier than hydrogen and helium. Anyway, if Gaian self-regulation has arisen by chance, one would still want to know how it works.

For me, one of the most intriguing possibilities is some form of “innate Gaia” — rather than being highly improbable, some degree of Gaian self-regulation is inevitable.

Writing in Nature Tim Lenton has proposed that if:

A theory with gaps is still a theory

While Thomas Henry Huxley famously talked of “the slaying of a beautiful hypothesis by an ugly fact” such discrepancies can also mean that the “ugly facts” are being misinterpreted.

For example, the gap in Wegener’s account of continental drift was that the continents aren’t ploughing through the crust — they are being carried by the crust. The gap in Darwin’s argument 150 years ago was the implicit assumption of blending of characteristics, so that new traits would be diluted. Mendel’s experiments showed that this is not so. Working out the details has been the work of subsequent generations of population geneticists.

Returning to Dawkins’ argument as quoted above, the hidden assumption that may represent a weak point is the assumption of a single level of selection.

In Revenge of Gaia, Lovelock quotes William Hamilton: “Just as the observations of Copernicus needed a Newton to explain them, we need another Newton to explain how Darwinian evolution leads to a habitable planet.” This echoes Alfred Wegener: “The Newton of [continental] drift has not yet appeared. His absence need cause no anxiety.”

To summarise: gaps and discrepancies in a theory imply a case for serious further study, not necessarily a reason to panic and immediately abandon any consideration of the idea.

What does Gaia mean for humankind?

In his recent books, Lovelock argues that humanity is like an army with over-extended supply lines — there is no option but to retreat (allowing Gaia to recover). Depending on humanity’s choices the retreat could be comparable to the British from Dunkirk or Napoleon from Moscow. We can take control of population ourselves, or see it plummet as Gaia kills us off.

My interpretation of what Lovelock is proposing as the potential relation between Gaia and humanity is the 20th century concept of “Mutually Assured Destruction” rather than "revenge”.

These concerns seem to be based on Lovelock’s expectation of a third climate state. The last 500,000 years show an alternation between quasi-stable warm and cold states, flipping on a 100,000 year cycle.

But is there real evidence for a “third climate state”? Apart from the general principle that once self-regulation of a system fails, the failure can be very abrupt, are the arguments really Gaian?

So does it work?

An “ideal” summary would answer the question: “Is Lovelock right? Does the Gaia concept describe how the earth works?” I hope you won’t be too disappointed if I fail to commit to an answer. Indeed the whole process of preparing my talk and then editing it for The Conversation would have been less fun if I had been working from a preconceived view.

At times Lovelock seems to equate “Gaia” with “earth system science” by asking “would you have bought The Vanishing Face of Earth System Science?” A more substantive question is to ask: “is the (strong) Gaia concept established science?”, to which the answer is “not yet, and maybe it never will be”.

We come back to the statement that for Gaia “we need another Newton…”. Would a complete theory be a matter of filling in the gaps, as 150 years of accumulating evidence has “filled in the details” in Darwinian evolution? Or would the survival of Gaian theory mean morphing into something different, in the way that continental drift morphed into plate tectonics?

My best guess is that if “strong” Gaian theory survives (with or without the name Gaia) it will be through some such similar transformation. The “innate Gaia” implied by negative feedbacks being an “automatic” consequence of an interaction between expanding life and a dissipative physical system may well be part of such a re-synthesis.

Assessing Lovelock’s role as a “key thinker” raises the question of whether, regardless of its validity, the Gaia hypothesis has had a positive influence on the development of earth system science. (Lovelock’s other contributions to science through instrumentation have been invaluable). If, as I do not, one equates Gaia to current earth system science then the question largely disappears — the implication is that the rest of science has caught up with Lovelock.

My view is that even though “strong Gaia” and probably “innate Gaia” currently lie beyond the boundaries of established science, Lovelock’s role in pushing the boundaries of thinking about the earth system has spurred the thinking of many in the emerging earth system science community. This is a valuable legacy, regardless of the ultimate fate of his ideas.

Utopianism Come of Age: From Post-Modernism to Neo-Modernism 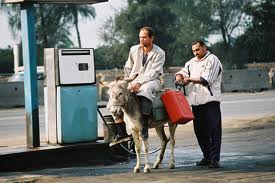 Welcome to the WFS Utopias Forum