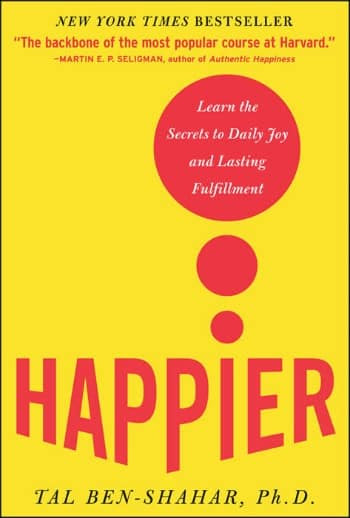 EXTRAIDO DE LA WEB, este parrafo...
The aim of this study is to show how the philosophies of Merleau-Ponty and the later Wittgenstein serve to establish, in very similar ways, (1) that subjects (persons) and what is subject-dependent, or in short, 'subjectivity', must be categorically distinguished from objects and what is subject-independent, or in short 'objectivity' and (2) that the 'sense' of the world as perceived, including linguistic sense, is a matter of the appearance of things and is therefore perception-dependent, and as such is in the category of subjectivity, not objectivity. The first claim is established not only by a study of the content of the arguments of the two philosophers, but also by a study of the form of their arguments: the kind of fallacy detection they deploy against their opponents exploits a logic dictated by the subject matter. In the course of examining a wide range of issues in meta- physics, epistemology, and the philosophies of mind, language, and mathematics, the 'Gestalt Philosophy' of Wittgenstein and Merleau-Ponty can be seen to constitute a new sort of 'anti-realism'.

The summary of ten minutes in youtube from the movie on Wittgenstein, are been for me of great clairvoyance after some years reading about Husserl, specialy several books by Javier SanMartin, just looking at SanMartin books titles produced in my perception a surprising, and paradoxical sensation; In spamish, La Fenomenologia de Husserl, Una Utopia de la Razon; Another title, La Fenomenologia de Husserl, Una Racionalidad Fuerte; In row Spanish we would say, Que Fuerte.

For Wittgenstein Language is a public device, far from the solipsist individual Dzscartes Mind;
Any individual feeds in creativity to the species; As Language have been produced by many diferent people thru centuries, language must be seen as it is produced among people, general people;

Now we see with surprise how authors defend the populqr language; as if technical languages almost being a socilaldarwinist tool for normalising societies;

On his side, Merleau Ponty speak about The Chair, La Carne in spanish;

In a recent paper I saw how people were reflecting about the possibility of using this concept for the advance of environmentalism.

Also we read sometimes ago an article whose title just made clear the point of view of contemporqneous philosophers.
The title was: Is Phenomenological Consciousness a Phenomenological Obviety?

In last years we have also mirror neurons and echolocation, making easier to speak about second order sociology, and enbodied and embeded phenomenology.

Whar Merleau-Ponty adds to Wittgenstein is all the perceptual and sensational systems that as in other animal and living beings; hu,an are using unless Contemporaneous Neurosciences, affected by acute braincentrism, were almost incaecered inside the skull, forgetting all the formidable sensorial inputs;

What Merleau-Ponty call The Chair, we call Sensosphere, or the world of sensations;

PD.- Recently I connected that with what Daniel Everett call "Inmediatecy of experience principle", in spanish: "principio de la inmediatez de la experiencia", such as he apply it to Piraha Hiaitiihi Amazonian people and their psychology of living. I found IEP principle with the core of husserlian phenomenology, that is, the epojé, that is, the quality of our living lives, which are chennelised thru experiences. Experiences are composed by "vivencias" (spanish) and vivencias are shaped by instants or moments. Take one of these vital, living moments within your life. Take one special moment, one of these moments leaving a strong impact in your memories. One singular experience or moment. Western Stress-Educated Mind is pre programmed to A N A L Y Z E, and EVALUATE, but not for perceiving. Epoje described the pure perceiving act. This aprehension is going in more or less pure form, without mind contamination. For that, we need previously to educate our perceprtion systems, in the way that our `perception processes are going to be more quiet, within lesser and lesser stress. In that form, perceiving as a processs is going to be educated and ameliorated, you could notice that the time dedicated to the act of perception is going enlarging. In that way you will notice that you may stay in front of any observation, and you are aware of the way in which your perception processes work, and you will notice how you are going to leave your thoughts out.
In fact, the mere definition and systematization process of this new concept or principle, The principle of inmediatecy of the experience, by a scientist in 21th century, Daniel everett, What means? Means that Western Mind had forgotten what it is; what the inmediate experience do is; We modern stress educated European, now discover what is to see, to look, to feel, to perceive.
Of course Shamanism reveals as the best choosing for working yourselves in that endeavour. All these reflections permits us to make an idea of the solipsism and isolationism of the European Modern Mind, as it is clearly shown by Wittgenstein in his video from Jarmush film in youtube "wittgenstein". Okey, shamanism covers a series of practises that take you again within the world, your world, your physical world. What you reach with shamanism is that perceiving animal that were dormant inside you.
Many prejudices fall with shamanism. reviously you require eliminate insidse yourself your possible prejudices about shamanism. I remember one of my swiss friend that many time ago expressed bad with shamanism. At least with what he understood as shamanism. My friend had a too esoteric vision of shamanism. You know. The vision still many european people have. Shamanism is physical science. Shamans (and you) are scientists. Scientists observe and act. Shamans and Scientists observe and act. For that system to work it is required that the verb "to observe" reveals as a real observation process where your animal perception coming and you see and look the physical world, quietly, attentively, intensively, without stress.
In that way, your inside shaman moves on space and perceives within the ecosystem, that in their hand has become a system of sensations. Your world, when you become a sensible animal, your world become a sensible world, a world plenty of sensations, or sensosphere, actualy infinite sensations, embroded in magical fashion in all directions of your possible perception.

It is in that moment when you moves within sensosphere or Merleau Ponty FLESCH, Carne IN SPANISH. You becomes aware of your integration within that sensations system we call THE FLESH. In that WAY you becomes aware, at the same time, of THE PUBLIC QUALITY OF THE SENSATIONS you live within the experiences becoming your living, and perceiving LIFE. As wittgenstein says, language (human) is public, far from the isolated Descartes mind. In that way, we connect the public (human) language of wittgenstein, with the public (general) language of the ecosystem. Take, please in account that almost all sensations you perceive are sensations coming not from you and your closer living activities, but from general ecosystem, from the ("external") world, whcih become internal when you are aware of being perceiving them.
The flesh of sensosphere appears in that way as a network of multiple, infinite sensations, within which a certain sensor, or animal, for example you, is in that moment living, moving, and perceiving. The practise make of you a good observer, in that way your observations are of more and more quality, and for this reason there will be many important, or and singular moments within your experiences (of active, interpenetrated observation).
"Watching is living, living is watching". Watching here considered as ACTIVE watching, but not in the physical effort for observe, but in the mere action of "pure", quiet perception, where you will find how your efficiency in perception is going up, with more and more experience. remember that you are a living being; remember what a living being DO is; A living being is always becoming, just because their vital experiences are changing you and me; depending of your own quiet experiences in observation. In that way you will notice that both, you and the world, are changing quickly. Remember for example how birds change their sound with seasons. But try to see that not in theoretical terms. Young gulls, recently I appreciated how they were taken adult voices within their vocal repertories. Think about brutal changes within our own bodies, in only one second, thousands of millions of chemical reactions... Remember that all that changes appear there where life is becoming. Life is not. Life, as a Living process, is always becoming, is always changing. All is changing within your surroundings, every moment.
It is inside and within all that infinite turbulent sensation dance where you are (becoming living) and WHAT YOU ARE, because, in that point you and me will understand that you and me are what we live (inside and within). You are your ecosystem, and the ecosystem is the interpenetrated sum of many of "YOU". As in ecology, all human sciences will enriched by that phenomenal TSUNAMI, where all is connected with all and YOU MAY OBSERVE IT